These bloody hazy beers – these ‘New England IPAs’ – how they’ve divided. On the one hand, there’s a camp that has been veritably worshiping at their gluey, gloopy alter; on the other, a vocal bunch who see these thick, sticky, opaque creations as a product of our instagram times – more about the hype, share-ability and visual pub currency than any real substance.

Me, well, I’m relaxed…and I certainly wasn’t going to pass judgement on a whole style, when I hadn’t yet tried one; and there’s that occasionally drony voice in my head that mumbles, ‘Well, where do new styles come from then?‘ whenever I get a bit ‘Grumpy Old Man’.  Someone has to go out on a limb. Someone has to try new things. Why not these?

Thing is, many purists – often brewers – often, if I may be so bold and admittedly sweeping to suggest, see any haze as an off characteristic. That is, there’s something up with the brewing process if there’s yeast left in the beer, and, or, there’s something up with the cleanliness and sanitation in the pub. Any road, I happened upon a can of Hazy Jane, BrewDog’s entry into this space. So this is a big brewery; with good kit, skilled brewers, brewing in quantity and putting it in cans. Not a line cleaning issue in sight.

And oh my giddy aunt, if this isn’t the best beer I’ve drunk in a long while. The first thing you notice is the pour: it didn’t flow but glugged; this wasn’t like an old bottle of Bass Blue which had a thin leafy layer of yeast at the bottom, this was like a turbid stream, flowing out from under a glacier – bright, inviting, yet thick with milky sediment. Next there’s the settle; this isn’t like a nitro beer (or a widget) with a slow, bubbly separation; it rocked and rolled but also soon parted; thick head above; orange juice with bits below. And then the fruit: imagine a bald-headed Frenchman who has a special pair of boots he’s worn all his life for just one job. The boots are a bit battered and somewhat stained, but they are special. These are the boots he puts on when he clambers into an enormous oak barrel once a year. These are his stomping boots and they are for stomping fruit. Forcefully, he jumps up and down; his jelly stomach wobbling; his moustache flailing up and down as he does, his Gauloises jauntily angled. This is a barrel full of citrus fruits of many kinds: melons, grapefruits, yuzu (that sort of mandarin / lemon thing), maybe something tropical (the can says pineapple, but I didn’t get that). Unyieldingly he stomps with his stomping boots; he stomps and squeezes, pulps and pounds, minces and macerates and manfully mashes the hell out of all this fruit before reverentially pouring the juice into this damn beer.

It must be the yeast: a billion little velcro hooks, grabbing the hop particles and clinging on to them. Dance with me they say. Hold me close darling, don’t let go they whisper, seductively

And that’s it. The yeast is a distraction; it’s a blummin’ fruity hop explosion. And it must be the yeast – the mouthfeel is as you’d expect: thick and unctuous, and our crazy single-cell has found it’s calling here, a billion little velcro hooks, grabbing the hop particles and clinging on to them. Dance with me they say. Hold me close darling, don’t let go they whisper, seductively. Kiss me like we die tonight, a final swansong before being swallowed, whole. If that’s the effect the haze has, then never mind the hypecocks: they’re a yeasty revelation and damn the naysayers. 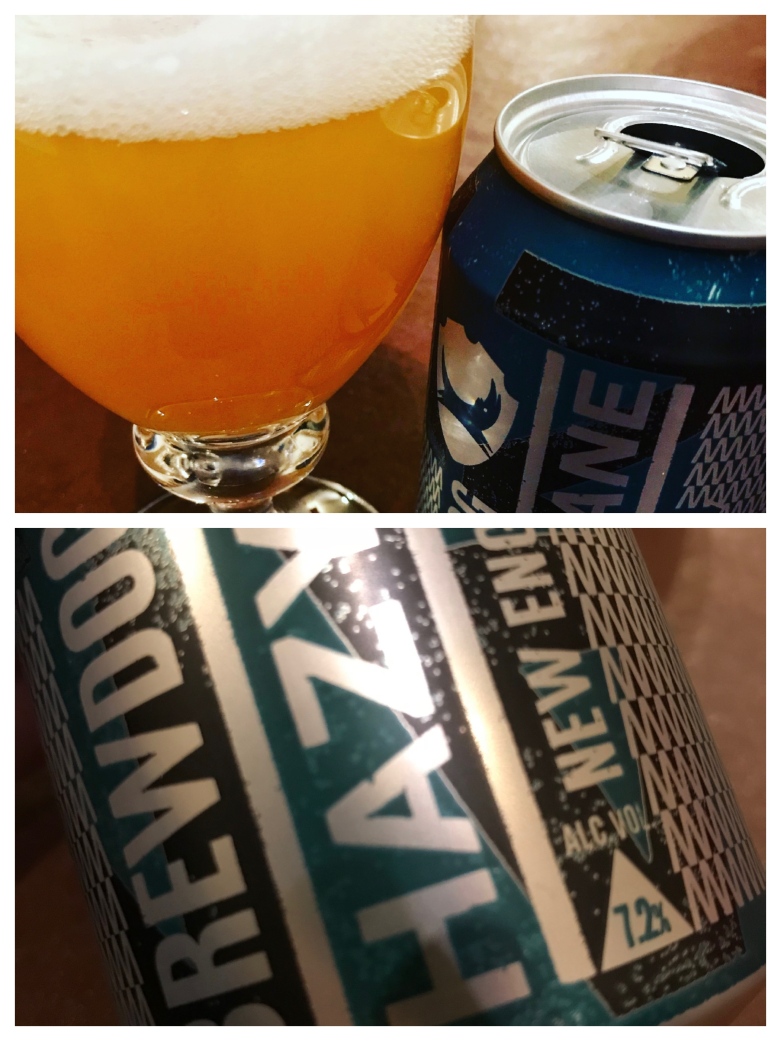