The first time I went to New York everything was so familiar I managed to convince myself that I must have been here before. I hadn’t. Years of episodes of Taxi, Friends, big budget movies, low rent movies and the persistent ability to be at the centre of global news makes it so familiar. From the ridiculous to the sublime perhaps, but I feel the same way about Brussels and the Payottenland, the low, hedge lined, deep ditched farmlands out to the west of the Belgian capital. I’ve been only twice, both fleetingly.  The first time was a road trip, passing through whilst heading elsewhere and pausing only on the outskirts of the capital. The second was a business trip, where any memory was wiped clean by one too many devilish beers in A La Mort Subite.

Yet it all seemed so familiar. And again, this was the case when I received some Cantillon lambic beers from Beer Hawk last week: the Gueuze, the Kriek and the Rosé de Gambrinus framboise. I’ve not been to Cantillon yet, but ex-colleague, friend and Edinburgh brewer Bob Knops has – some of his photos appear below. The product shots are mine: strange how even the packaging can link you to a place. These are the bottles of gourmands. Of people who care for tradition and taste above function and form. Thick, heavy weight bottles, fortified bases to withstand the pressure of refermentation in the bottle; wide brimmed crowns, levered off to reveal a cork seal below. Unnecessary? Antiquated? Yes to both if you wanted to argue it that way, which underlines how important these beers are.

Cantillon brews in a very traditional way, even for lambic beers; making a gloopy, turbid mash of malted barley and unmalted wheat; a prolonged and vigourous boil with the addition of aged, cheesy hops, required not for their aroma but their antiseptic band-aid protection. And then inoculation of the wild yeasts begins, as the wort is put in a broad and shallow coolship, under the roof beams of the brewery, to let nature’s playthings have their saucy way with the wort’s sugars.  For the base lambic, the beer is moved into oak barrels, where it goes through a journey of staged fermentations, not just with brewing yeasts, but wild yeasts and bacterias that produce a wild array of different flavours & aromas. These fermentations are only complete two years later (and potentially longer).

The Gueuze is a blend of young (roughly two year old lambic) and older, 3+ years,  lambic. The older lambic is reinvigorated by the sugars remaining in its younger sibling and refermentation begins anew. The result is a sparkling beer (unlike lambic, which like traditional cider is all bit still).  Immediately on prising out the cork the wild aromas fly out: winey, ascetic, and vaguely pooey, a mucky straw smell like a remember from the floor around Reynolds farm when I was younger. Unattractive? The description sounds it I’m sure, but the words do not do justice to the aroma which is endearingly attractive – surprising, and complex.  To the eye, it was a hazy yet vivid gold, with a profuse head that quickly dissipated to a thin velvety sheet atop the beer.  Carbonation was visible and audible, and felt too, with a tingly sizzle in the mouth. The taste is led by a coating dryness, quite sour but appetising and finished with a surprising touch of lemon peel.

The Kriek lambic was a delight too: building on the flavours and aromas of the Gueuze but overlain of course with the marzipan nuttiness of cherry stones and the plump berry fruitiness of the cherry flesh. The beer was burgundy red in colour, with a pink, sustained, head that formed energetically. This was a refined beer: which in a ironic twist tasted fresh and young despite its ageing. The playfully named Rosé de Gambrinus is the real jewel.  Whole raspberries are steeped in two year old lambic only. Compared with the other two, at first I thought this beer was thinner, less complex – but on continued drink, so I realised what an elegant, refined beer it is – more a champagne than a Rosé. To smell, there’s plenty of delicate berry fruit, yet it’s not over sweet and has a clear, corky sourness too. The beer had taken the ruddy hue of the raspberries with a lighter, pink head than the Kriek and a strong, excitable, effervescent carbonation. To taste, the beer was neither as dry nor as punchily sour as the other two, but it was sour all the same – drinkably so. The raspberry sweetness – the little there is surprisingly – is superbly balanced, just sweet enough to pull you back for the next sip yet with a complementing, ascetic bite to complete the circle and quench. It’s nothing like sweetened beers that are increasingly popular where the sugar has been used in the fermentation. In fact it’s nothing other than an excellent framboise; an excellent beer.

I must go there, to this rural brewery in the the city. But when I do, it’ll feel like an old friend I’m sure. 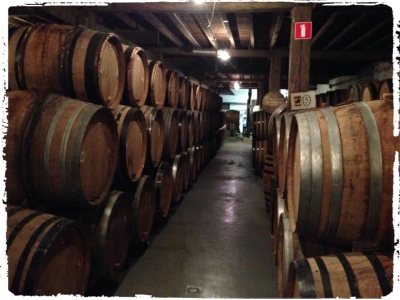 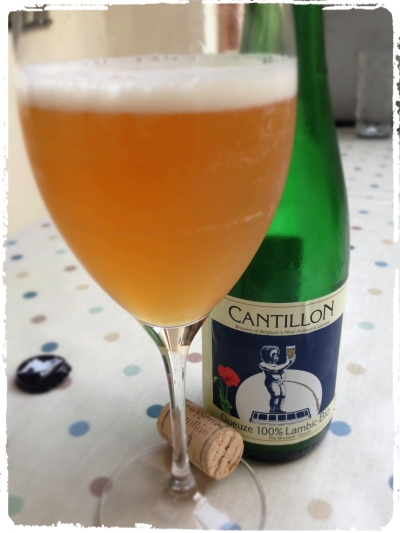